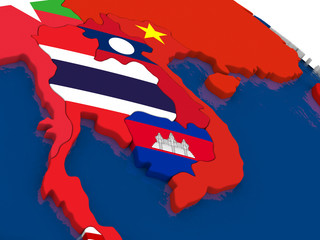 Hidden Voices Exploration
This exploration was about preserving faded Cambodian and Phnong songs. We did it by traveling all around Cambodia to record songs and musics. We went through many provinces such as Kampong Spue, Mondul Kiri, Phnom Penh and some other places on our way. We also tried to learn about Cambodian songs by inviting speakers, and went on field trips to learn from experts. After our trip ended we created a podcast about our collections of faded songs. I believe that this exploration did preserve some of the songs that was forgotten from ever fading away.

Drone Exploration
This is a CYOE(choose your own exploration) which means we can pick the members and the topic for the exploration ourselves. My 3 other members and I chose to learn about drone. We practice with the toy one just to get famaliar with the toggles and then got the DJI Phantom 3 Advanced to learn and also film for others. We are call Cambodia Aerial Photography and we have already done two commercial films, one for CamKid + Solar village and another one for Arch Hub in the economic zone. CamKid is a school for Cambodian children in a rural village in Kampong Spue. The director of the school, Mr. Dominic Sharp, hired us to film the school from the sky. There is also a village nearby that is equiped with solar lamps which is also somehow connected with the school so we also filmed the solar village on that trip. I think my team and I helped CamKid get more donators because aerial films show more of the school and will help more donators to realise what a great school CamKid is.

Humans of Cambodia Exploration
Our teacher got inspired by a blog calls Humans of Newyork which has photos and qoutes from people all around Newyork. In this exploration we went on fieldtrips to interview people and then choose the best part of the conversation and posted it on the blog. My friends, Mengthong and Sokea, and I were the one that posted and organize the blog. Everyone in the group interviewed, listen to the audio, and transcribed. I think this exploration allowed people to share their ideas and also allow other people from other nations to understand deeper about Cambodians.

Ministry Workshop Day
The minister of the Ministry of Education, Youth and Sports had asked us, Liger, to put up a workshop for the people from the ministry about our curiculum. Students was divided into groups and each group was leading by at least a learning facilitator to present a specific topic. I was in a group that was leading by Dom, our country director, with 6 other students to present about our core values and change agent characteristics.